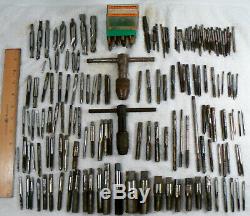 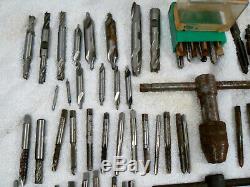 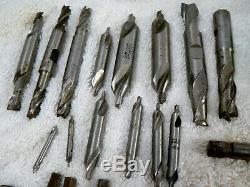 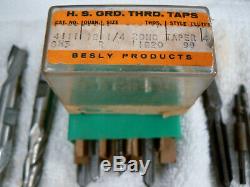 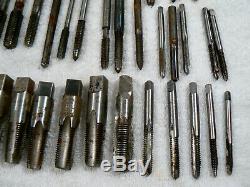 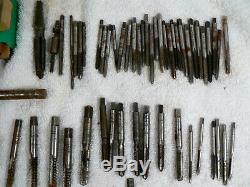 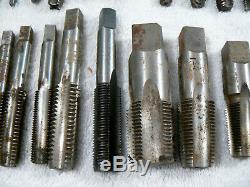 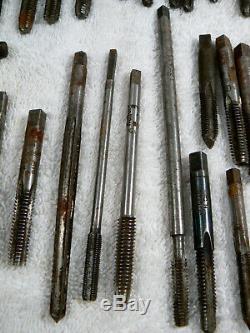 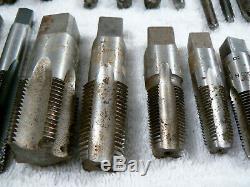 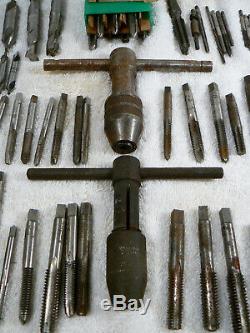 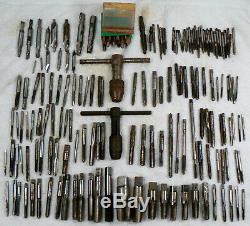 This item is large vintage mixed lot of one-hundred and sixty-two (162) individual tool pieces of machinist's taps, tap wrenches and mill ends. Includes two (2) tap wrenches including a #4067 Craftsman and an unknown maker; fourteen (14) various-sized end mills made in England, India, Yugoslavia and elsewhere by National, Addison, KEO and unknown; and one-hundred and forty-six (146) various-sized high speed taps made by Besly, Butterfield, Card, Carpenter. Morse, Morse Twist Drill & M. Card, Winter (and made in USA, France or other with some being unmarked) including a retail box of six (6) 1/4 high speed grade third taps by Besly Products. The majority of taps appear to be Card followed by Besly. All are in very good overall condition with some appearing like new and others exhibiting a slight amount of patina and/or slight rusting. From a machinist's estate sale.

I inspect, test where applicable and describe items to the fullest extent of my ability. There may be dust and/or typical wear for age on items. Please do not request to adjust "lots".

The item "Lot of 162 Machinist Taps Tap Wrenches End Mills Card Besly KEO GTD Morse P&W" is in sale since Friday, September 11, 2020. This item is in the category "Collectibles\Tools, Hardware & Locks\Tools\Machining". The seller is "gardenman13" and is located in Kalamazoo, Michigan. This item can be shipped worldwide.